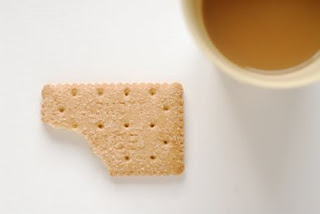 Yesterday (being our weekend), the three of us trammed it into the city to see the Art Deco exhibition on at the NGV. Of course things didn't quite go to plan. No sooner had we made it to the city, Arthur was hungry and needed the toilet. So a quick detour for coffee (for us) and vegemite on toast for Arthur and we walked to the NGV. As with most 3.5 year olds, walking long distances can be slow going and tiring for all involved. A lot of the time Arthur ends up on my or Nick's shoulders to fasten the pace. We had maybe taken 5 steps in the door of the gallery, with Arthur on my shoulders and not even making it to the counter to buy our tickets, when the cloakroomm attendant told us off. ..."it's gallery policy that you can't have children on your shoulders"... I looked at her dumbfoundedly and instead of asking what the ***? I took Arthur off my shoulders, looked at Nick and we both decided to forget the Art Deco exhibition. Since when do galleries make such policies and for what reason? Maybe someone out there can enlighten my obvious naivety. I would've thought that tired children on shoulders was a better alternative to running around, screaming ones trying to touch artwork. But hey what do I know. Life seems to be made of a load of stupid rules at time. Last week Nick got told off in our local park by a council officer for having our dog off the lead. There's no signs saying that it's not allowed anywhere. But I'm guessing that a dog playing ball with it's owner is a bit better than junkies and alcoholics in our innercity parks
I promise I'll be in a better mood for my next post.
Posted by Arthur's Circus at Wednesday, August 20, 2008

how silly, As you said - better they're on shoulders than running crazy!

Oh no that is a shocker. I so hate how people carry on about children, at least you are out trying to expose him to things. My little guy has aspergers autism which means we can have lots of tantrums and I have so many people making snid comments as I try to get him to calm down while trying to keep my baby girl happy at the same time. Some days I just don't get people.

Imagine the chump who wrote that policy - they certainly thought of everything - it must be massive!

what a silly woman! Probably doesn't have kids... Would love to hear the story behind the "no kids on parents shoulders" rule - there was obviously a precedent!!